Going to BGC via SM Aura From Cogeo, Marikina and Pasig

Take the Modern Jeepney (Yellow Dot Transport) bound for SM Aura Premier at Cogeo Gate 1 or 2. The fare is Php43.00. You can pay via reloadable tap cards that can be purchased for Php100.00 (with Php50 load only). This route stops at some points in Marikina and Pasig. The terminal is located at the basement of SM Aura. Aside from the Modern Jeepney, there are also UV Express vans in the same terminal that have routes going to and from Palengke, Rosario, De Castro, and Life Homes. Check here for the fare matrix. It is operational from 8am until the closing of the mall.

Or: (ii) Take the Premium Point-to-Point (P2P) Bus Service (fare is P55.00) at Trinoma Mall bus terminal and get off at Glorietta 5. Walk to MRT Ayala Station.

Either: (i) Find the jeepney terminal under MRT Ayala Station and take a jeepney going to Market! Market!

Or: (ii) The better option, at MRT Ayala Station, take the north exit and look for the BGC Bus Terminal (located at Telus House Mckinley Exchange Building). Take the East route via Kalayaan and alight at Market! Market!

From Market! Market!, you can walk to SM Aura Premier 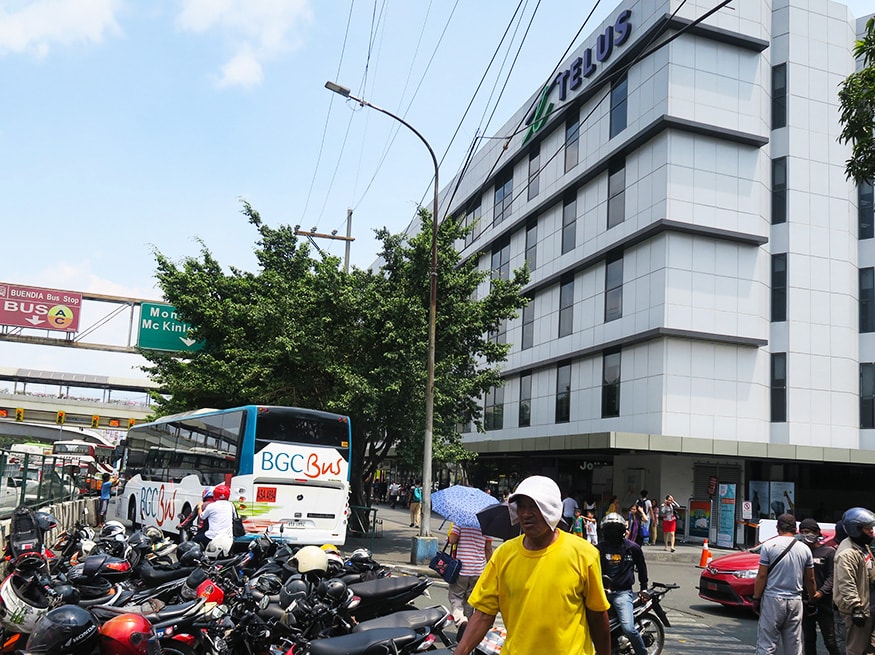 The BGC Bus Terminal in Ayala is at the Telus House Mckinley Exchange Building, near MRT Ayala Station.

Take the north exit to find the jeepney terminal near Jollibee, and ride a jeepney going to AFP Housing or Gate 3, which will drop you at Market! Market!

From Market! Market!, you can walk to SM Aura Premier

From Sucat, Molino and Sta. Rosa